Stories from the Future:
How do you imagine what lies ahead?

Before you start engaging with the materials of this exhibition room, I want to invite you to spend 5 minutes on this guided meditation. It will take you on a journey to your own imagined future.

After you finished your meditation exercise, take a minute to process the experience.
Where and when were you?
How did travelling to the future make you feel?

Due to my own climate anxiety and fears of a ghastly future, I have decided to research climate change and feelings early on in my research process. After joining Extinction Rebellion and working with them for some time, I noticed that it was hard to put my finger on how these activists imagine the future. My feeling was that many people know exactly what they don’t want – a continuation of business-as-usual, the neoliberal-western coloniality-modernity – but did not have a very clear picture of the future they want.

I had just read Deep Adaptation: A Map for Navigating Climate Tragedy by Jem Bendell which describes a future characterized by collapses both environmental and societal, when by pure chance, I came across a workshop about “post-climate futures” by a collective named Camp Collapse. At the workshop, inspired by David Holmgren’s Future Scenarios as well as Deep Adaptation, participants came up with different possible future scenarios. I joined Camp Collapse right away and have been an active member ever since.

By shifting my activism from Extinction Rebellion to Camp Collapse I started focusing more on how people imagine the future. With a short story-completion-exercise, I started to collect short stories about the future, written in diary, letter, or free form. The meditation exercise was conceived as the start of a workshop where participants write stories about their imagined futures.

Through collecting the stories I did not only get in touch with more research participants, it was inspiring from an academic as well as from an activist standpoint. Some of the stories collected were turned into dramatic readings, some were taken as inspiration for news stories on which we based a street performance (see below), the stories were featured in a participative installation, and they were the inspiration for a collaborative podcast named Future Diaries, recorded by one of our Camp Collapse members with others in the United States.

In an attempt to bring some order to the collected stories, we put them into 5 fictional future timelines and created The Multiverse Research Project. The idea of the MRP is to collect more stories about the future to get more fleshed out and coherent timelines.

The common denominator of Camp Collapse’s projects and activities is to offer “creative experiences that take you on a playful journey of discovering what the future could look like” in order to find out “what we want, how to get there and how to be ready!” The goal of these experiences is to empower people “to take action to prevent the most extreme of those scenarios from happening”.

All of these different projects have been valuable for writing my thesis, even though none of them were the final focus. In the end, my research turned out to be specifically about Deep Adaptation and what emotional consequences accepting such a framework can have. You can read about this in my thesis as soon as it is finished. It will be published online and also feature some of the stories I share here.

For this virtual exhibition, I want to focus on the question “How do people imagine the future?”, which is why I have asked you to complete the meditation exercise on the top of this page.

Now I invite you to immerse yourself in other people’s imagined futures with these dramatic readings from different timelines and the two videos below. 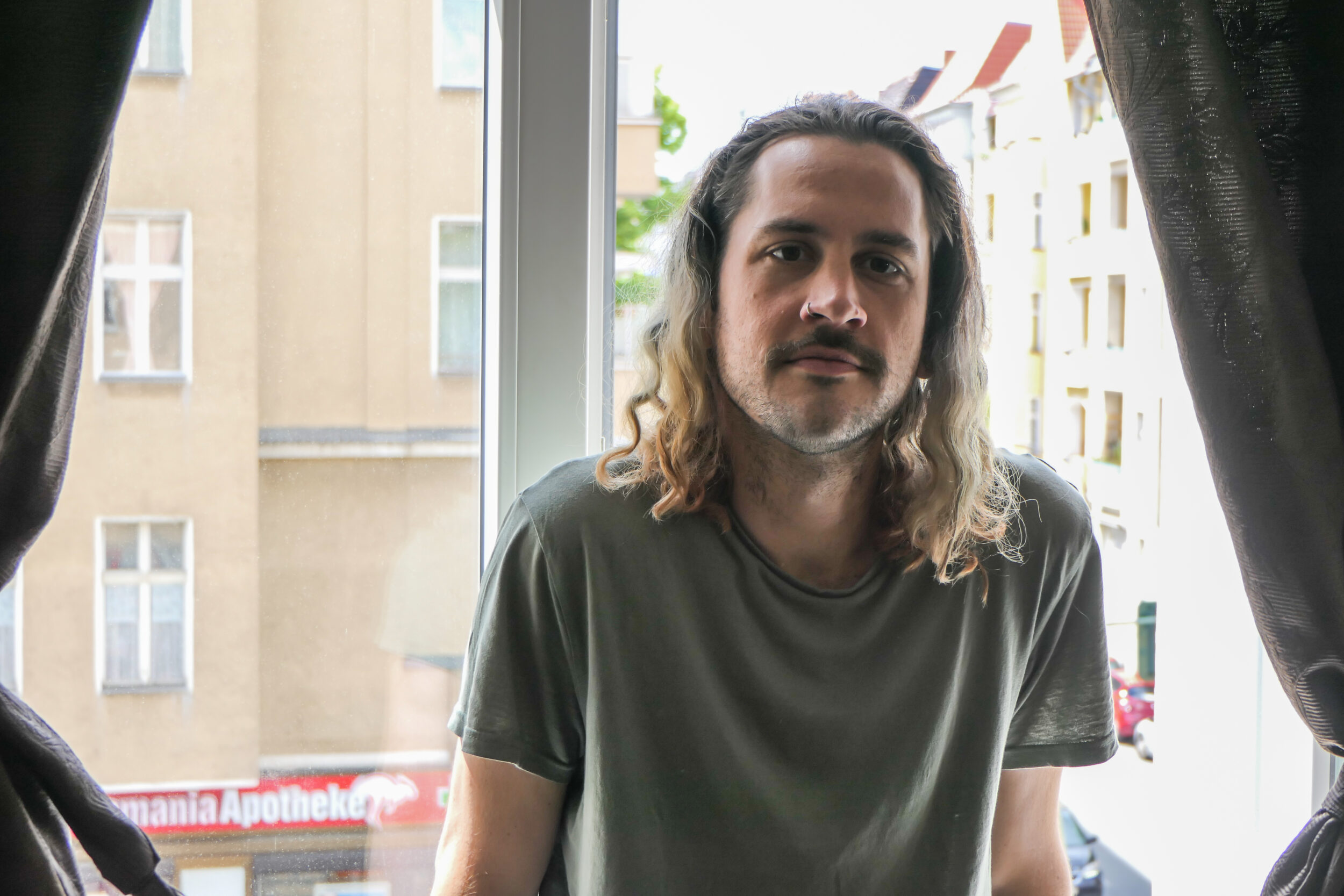 Christian S. Tröndle is an activist/anthropologist and video maker.

Born and raised in Switzerland, he completed an education as a business clerk and worked in accounting for a couple of years. Dissatisfied by the value of the work, he soon started questioning the monetary system and capitalism. This led him to quit his steady job and do a BA in Popular Culture and Film Studies at the University of Zurich.

Working on various visual projects in his undergraduate studies made him discover his love for ethnographic film and visual anthropology, deciding to move to Berlin for the MA in Visual and Media Anthropology.

Through the work on his MA thesis he joined the creative future activist collective Camp Collapse. Today, his main focus lies on connecting activism and research, the collapse of thermo-industrial society, and how to build psychological resilience both individually and collectively to better be prepared for a more and more uncertain future.